Menu
Get a quote

Charter Trade provides a commercial management service to 3rd party owners of dry cargo vessels (ships) mainly by using our professional expertise and experience in securing potentially gainful employment for such vessels by facilitating their trading globally based on owners choice of trading areas, during a specified contracted period for such management.

Such period charters may involve:

What is the role of CHARTER TRADE as shipbrokers?

a) Containerized trade wherein goods are stowed in standardized form of container (Dry-units, Reefers/ Specialized units, Tank Containers etc.) units that are loaded on mother vessels for deep sea carriage and onto feeders for local / regional distribution, additionally when necessary, combined with land transportation for “pre & on-carriage” movements by land ex. factory or Shipper’s warehouses at origin up to Consignee’s factory/ warehouse at destination – all of which forms the multi-modal means of transportation, that forms an integral part of the supply-chain management solutions.

b) Offshore trade wherein vessels like barges (flat top or hoppers) & supply vessels are used to carry certain types of cargoes in localized and coastal trade and areas otherwise inaccessible by larger vessels, specially smaller ports and/or jetties that lack modern port infrastructure and/or have limitations in sea-bo0rne navigation like shallow draft areas and up-river channels.

c) Conventional trade which caters to the shipment of goods in bulk & unitised form be it in short-sea coastal trading ships or be it handy size / Supramax /  Panamax  or Capesize tonnages that take care of the larger volumes that is shipped in one single bottom (lot) based on economies of scale for the cargo interests. Such category of goods include ores / minerals / fertilizers / grains and wet products like crude and refined liquid products in substantial quantities as one lot that would otherwise not be possible to be shipped economically in containerized mode of transport over longer distances.

For any commodity to be shipped safely and in a time-bound manner it is most important to identify the right type of ship, at the right area, at the appropriate time and also to negotiate and put in place a “contract of carriage” incorporating therein the entire details of the arrangements of carriage of the goods by sea,  the respective rights, responsibilities and obligations of the Ship owner ( or Ship Operator/Manager/Shipping Line as applicable)  and that of the Merchants (Charterer/Cargo Interest) under said contract. This is usually done after a thorough and extensive exchange called “fixture negotiations” which is facilitated by the Ship broker between the said two contractual parties and which eventually culminates into a Contract of Carriage that is brokered by the said professional Ship-broker.

Also, and most importantly,

This is where CHARTER TRADE, as a Shipbroker, have their role cut-out and defined, and this is how we facilitate such critical processes and arrangements by way of our expertise and range of services.

Our role or profession involves acting as a “go between” or as an “intermediary” between the two parties to a contract, be it for contact to execute a voyage or to hire a vessel for a certain period or for purchasing a ship. Such parties could be either Buyers & Sellers of a Ship or a Charterer and a Ship owner in the chartering marketplace or a Ship Owner & a Ship Operator working on a long terms period contract, or be it a Buyers of a Ship and a financial institution.

We provide our professional service in various such areas be it for negotiating charter contract negotiations, or preparing presentations to institutions & new clients, providing market analysis, reports and competitive trade information to existing clients, drafting and finalizing contracts in detailed form and therefore assisting as an intermediary to facilitate favourable conclusion of such transactions.

Entails a combined multi-modal transportation and handling solution ex. Works/factory at origin to the project site including complete logistics planning, costing and management solutions that is provided by CHARTER TRADE. Such movements involve over land and sea-carriage  of various project related cargoes viz. Large structures and machineries, oilfield and camp equipment, pipelines, heavy-lift and abnormal / out of gauge cargoes, etc. that also require special care while handling.

CHARTER TRADE has a team of highly experienced shipping professionals with extensive field knowledge and practical exposure that qualifies them to provide its client with case specific solutions in the vast & specialized field of maritime logistics. We privately advise EPC Contractors, financial institutions, Technical Engineering teams unfamiliar with the dynamics of logistics as well as for the purpose of cost estimations for Tenders and Bids.

Scopes of specialisation include:

We are proud to be known in the Shipping industry as a team of hard-working and highly motivated professionals and we comfort our Principals by being accessible to them seven days a week, twenty-four hours a day.

We can boldly state that we have amongst us a team of well-trained and competent individuals in the field of commercial ship-management, operating, and freight management.

During the past 2 decades of operation, CHARTER TRADE has managed to earn a good reputation for itself in the international market by operating a small yet modern fleet of conventional dry cargo vessels for executing sea-carriage contracts (voyages and CoA’s), commercially managing ships of 3rd party owner clients to trade them gainfully across seaports globally, as well as Operating offshore support vessels in the offshore sector to provide logistics support to remote offshore locations in the Oil & Gas industry and Seismic seabed mapping projects.

Professional approach, hard work and excellent teamwork has paid its dividend and CHARTER TRADE has managed to successfully establish its name within the echelons of the International Shipping community with time tested results which teh clients have come to depend on.

CHARTER TRADE has had the privilege of working with several well established & reputed Ship Owners and cargo interests (Manufacturers, producers and traders). The area or market where they have managed to carve a niche for itself specifically involve the Arabian/ Persian Gulf, Indian sub-continent, South East Asia & the Far East, Red sea, West Africa, Adriatic & Black sea, the South American and Australasian markets.

CHARTER TRADE’s market research is not limited to the region where it is active. A close watch is always kept on sea-carriage contracts involving shipments & schedules globally that are deemed challenging and therefore rewarding. Constant business development is an activity that is undertaken by the management directly.

Get an estimate for your requirement.

Moving your goods and get delivered.

If you have any questions or comments regarding CTGLOBAL‘s Shipping activities or our services, please use the form below to contact us. 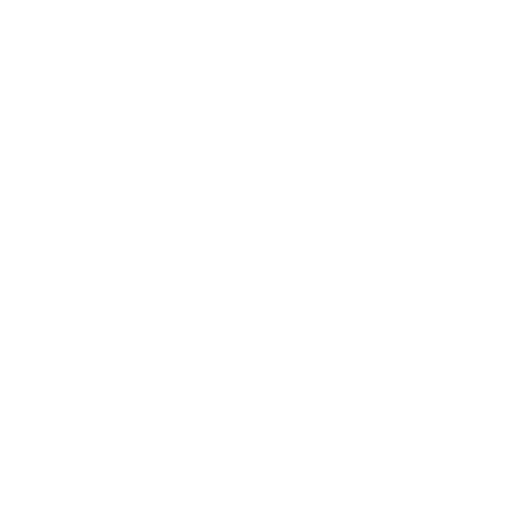 Established in 1999, ‘CHARTER TRADE’ strives to get justice for their clients. we believe in a good and honest fight, and we will not stop at anything.